The visionary Professor Prasanta Chandra Mahalanobis, planted the seed of Statistics in India. He realized the importance of developing the subject and founded the Indian Statistical Institute (ISI) in 1931, a unique institution devoted to research, teaching and application of statistics, natural sciences and social sciences. As one of the pioneers of policy making after the independence of the country, he demonstrated how applications of Statistics can help solving problems across a wide range of disciplines. He realized the need of inter-disciplinary research where applications of Statistics played a pivotal role. This endeavour often opened up many theoretical questions and led to new ideas, results and even new directions for further research.

It was long felt inside and outside the Institute that a platform may be created within ISI to promote research, teaching and training on official statistics. It was expected that Research on official statistics will encompass policy issues and the platform would be used to address these concerns. With the increasing interest shown by the Government,various statutory bodies of ISI insisted to have such a platform with the expectation of combining the skills of best academicians spread over various departments of ISI and outside in order to provide meaningful academic support to the Government. In particular, on the recommendation of the Policy Planning Evaluation Committee of ISI a new unit, called the Sampling and Official Statistics Unit (SOSU), has been formed in 2012.

After its inception, SOSU has made significant contribution in terms of teaching, training Government Officials, undertaking demand driven research projects on methodologies followed in Indian Official Statistical system and Development Policies undertaken by the Government. It is contemplated that this unique platform would be effective if the experience of the Official Statisticians are combined with the academic skills of ISI scientists. The current experience in this direction has proved to be immensely successful. With the rapid progress of ICT and computational power, policy making in India has the immense potential to be truly effective if it gets the adequate support of a synergistic statistical analysis of relevant and focused data of high quality. This further poses a challenge to the researcher and scientists to evolve methodologies of appropriate data collection and develop the consequent causal inference tools. The experience of the senior officials dealing with official data can clearly set the direction in this regard. It is hoped that the young minds would be encouraged sufficiently in the near future to take up this challenge guided by the wisdom of senior scientists. The experience of most of the developed countries is a testimonial to the huge potential benefit of this program.

Government of India and other apex organisations of Government (like Reserve Bank of India) have been sending officers for general and specialised training in regular intervals to SOSU. The research on methodologies have prompted Government to revisit the existing method of data collection in some sectors. The policy research undertaken at this department have been acclaimed highly in international forums. The publications of the scientists in reputed academic journals has earned international reputation in a very short period of time. Along with this, SOSU has been engaged in disseminating the knowledge of Statistics and promote Official Statistics teaching/training and research in backward areas of North Eastern India in the form of training programmes and workshops with the help of local Institutions. Lately, Scientists of SOSU have been contributing immensely in the development of Official Statistical systems in developing countries like Indonesia.

In a nut shell, the SOSU has dedicated itself for the service of the nation and its commendable progress rejuvenating the old ties with the Government. Such renewed interest is expected to open new vistas for specialised interdisciplinary research in Official Statistics and Policy. 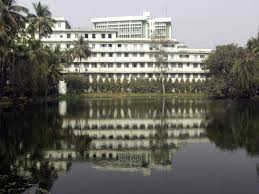